Grand honor! to such brave brothers; let the shout sweep to the sky.
Weave garlands round their memories as the ages swiftly fly,
Over each Fireman's hallowed grave write with honor's pen:
Here lieth one who delighted to aid his fellow men!

— verse from "Ode to our firemen" published in the National Fireman's Journal, Feb. 9, 1878

SPAAMFAA has lost a number of valuable individuals in recent years. While their lives have ended on earth, their legacies live on in the fire apparatus they preserved, the history the documented, and in the lives they touched. Here, lest we forget, are memorials to our own…. 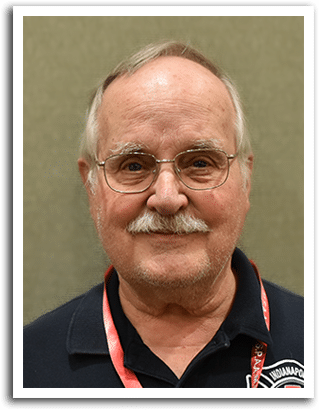 We all have lost a great man. A man rich in history, the profession, family, etc. RIP Rodger.
— Roger Bjorge
There is so much I could say about the man who got me into the antique fire apparatus hobby that I would be talking for days. His passing has hit me pretty hard. It's very saddening to think that I will never answer the phone again and hear "Hello, young man." Rest in Peace old friend, you've earned it.
— Steven Prange
I have lost another friend. I will miss Rodger, as I miss so many others (my dad, plus Dan Martin, Bill Schwartz, Jim Burner, John Sytsma, Jack Robrecht, Dick Horstmann, Richard Adelman, Len Sasher, Whitey Swartz, Johnny Floyd, Marvin Cohen... Just too many, way too many of fire buffing's best are gone). I was lucky enough to call them all friends. RIP, my friends.
— Ed Hass
Another legend leaves us too soon.
— Nick Lilick
Rest In Peace “Young Man”
— Gary Dufek
Previous
Next

Grand honor! to such brave brothers;
let the shout sweep to the sky.

Weave garlands round their memories
as the ages swiftly fly,

Over each Fireman's hallowed grave
write with honor's pen:

Here lieth one who delighted to
aid his fellow men!

It is with great sadness, I have to inform you of the passing of Dr. Tom Scott. He was a long time member of SPAAMFAA and one of the founding members of the ETFHS. If you had the honor of meeting Tom, you know how much passion he had for the fire service. At this time no arrangements have been made.

Tom received a BS in engineering from Auburn University, 1953 elected to Ph Kappa Phi, Tau Beta Pi and Phi Lambda Upsilon, Honorary Fraternities Commissioned as an Ensign, served three years in the US Navy during the Korean War aboard the USS Forrest Royal (DD 872) and made a round-the-world cruise
in 1954-55, which included four months in the Korean Theater.

Tom also received an MS in Nuclear Science from Auburn University in 1958. He received his PhD in Nuclear Engineering from the University of Florida in 1965, Sigma Xi.

Tom worked for the Atomic Energy Commission and its successor agencies at the Idaho Falls, Savannah River and Oak Ridge Operations Offices. He received three Superior Performance Awards. He retired as the Deputy Director of the Enriching
Operations Division in 1985.

Tom was a member of First United Methodist Church, Oak Ridge since 1973. He served as Chairman of Trustees, on numerous committees, and ushered for 42 years, including being Head Usher for 20 years and Sunday School Greeter.

Tom played football at Coffee High School, Florence Alabama. He refereed high school football games for 40 years in four states. He was selected to referee two TSSAA state championship games. He was a TSSAA football supervisor for 5 years and received the TSSAA A.F. Bridges Award as football official of the year 2006-07 in East
Tennessee.

Tom wrote a column for the Enjine! Enjine!, a quarterly journal of the Society for the Preservation and Appreciation of Antique Motorized Fire Apparatus in America, for 42 years. All 145 columns were typed and proof read by his patient wife, Janet. He was awarded the SPAMFAA member of the year award in 1992 and was also given The President’s Award in 2017. He has been the only member to receive both national awards.

Tom was also an Eagle Boy Scout and was inducted into the Order of the Arrow and served on the staff of Camp Westmoreland, Florence, Alabama for two years.

He and his wife Janet were enthusiastic travelers and attended some 32 National Elderhostel programs and numerous international trips. They regularly attended Broadway musical shows in New York, London, and regional theaters.

In Lieu of flowers donations can be made to:

While we are grateful for contributions of any amount, we would like to encourage individuals to consider adding SPAAMFAA as a beneficiary in their will, trust, or estate plan. Donations may be in the form of cash, stocks or other securities, or real estate.