Peter Pirsch founded was the son a Germany immigrant who worked as a wagon maker in Kenosha, Wisconsin.  Peter worked for his father for a while before starting his own company in 1900 to build ladders of his design.  This company soon began building horse- and hand-drawn hose wagons and ladder trucks.  In 1908, Pirsch built its first motor fire apparatus.  In 1919, the firm’s name was changed to Peter Pirsch and Sons Company.

Pirsch was one of the leading builders of fire apparatus after World War Two.  In 1961 Pirsch introduced its own cab-forward model, which was dubbed the Safety Cab.  In 1984, Pirsch ceased production of its distinctive lattice-girder aluminum-alloy aerial ladder and introduced its new Skytop 100-foot aerial ladder.  The design was short-lived.  In 1986, Pirsch ceased production and filed for bankruptcy. 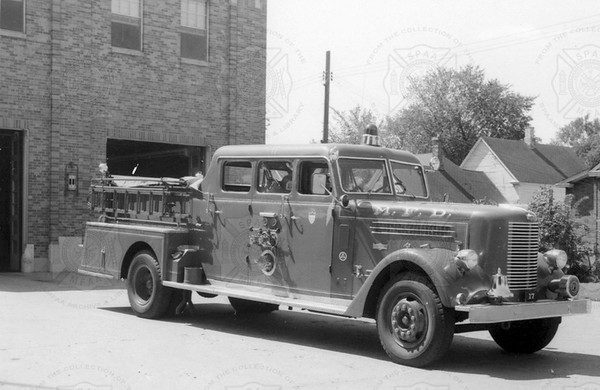 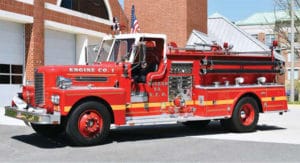