In 1923 P.E. Van Pelt was a sales agent for Dodge in Oakdale, California, when he built his first fire engine for the Oakdale Fire Department.  Soon other fire departments were interested in Van Pelt’s fire apparatus.  In 1925 P.E. Van Pelt, Inc., was founded.  The company would grow to be the largest builder of fire apparatus on the Pacific Coast.

In 1978 Van Pelt was purchased by the FMC Corporation in 1978.  Van Pelt operated under FMC until 1987 when the Van Pelt factory was closed. 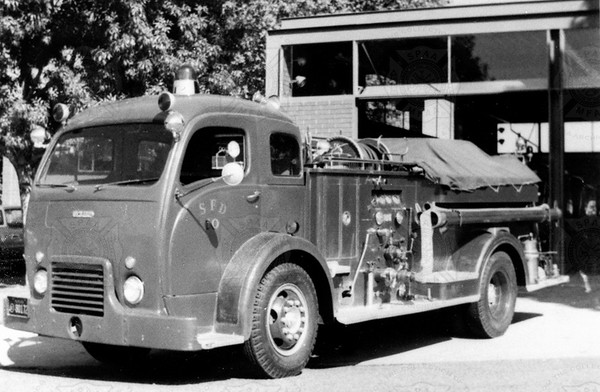