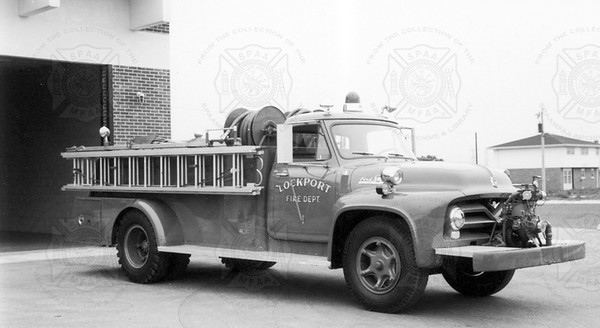 W.S. Darley & Co of Chicago is one of the world’s leading manufacturers of pumps and a builder of modern fire apparatus.  In 1920, Darley started selling firefighting pumps.  Among these was a reliable front-mounted pump, which that could be used to convert a Ford Model T or a small commercial truck into an inexpensive fire engine.  Darley soon started selling complete fire apparatus.  These initially were assembled under a contract with Luverne Fire Apparatus of Luverne, Minnesota.

Darley eventually started building its own complete fire apparatus and became one of the leading builders in American.  In 1934, Darley developed its own centrifugal pump, called the Champion, which were used on its sturdy and affordable small-town fire apparatus.  During World War Two, Darley built more than 800 pumpers in support of the war effort.  During the post-war boom, Darley expanded its product line to include inexpensive ladder trucks using Memco aerial ladders.

Darley still builds complete fire apparatus.  Darley pumps also can be found in fire apparatus built by a number of other companies.  Darley now is run by the fourth generation of the Darley family.